Chartered in 1937, the Rotary Club of Orangeville has served our community with energy and dedication. Rotarians are people from all walks of life, living in and around Orangeville, united in our commitment to serve our local community. 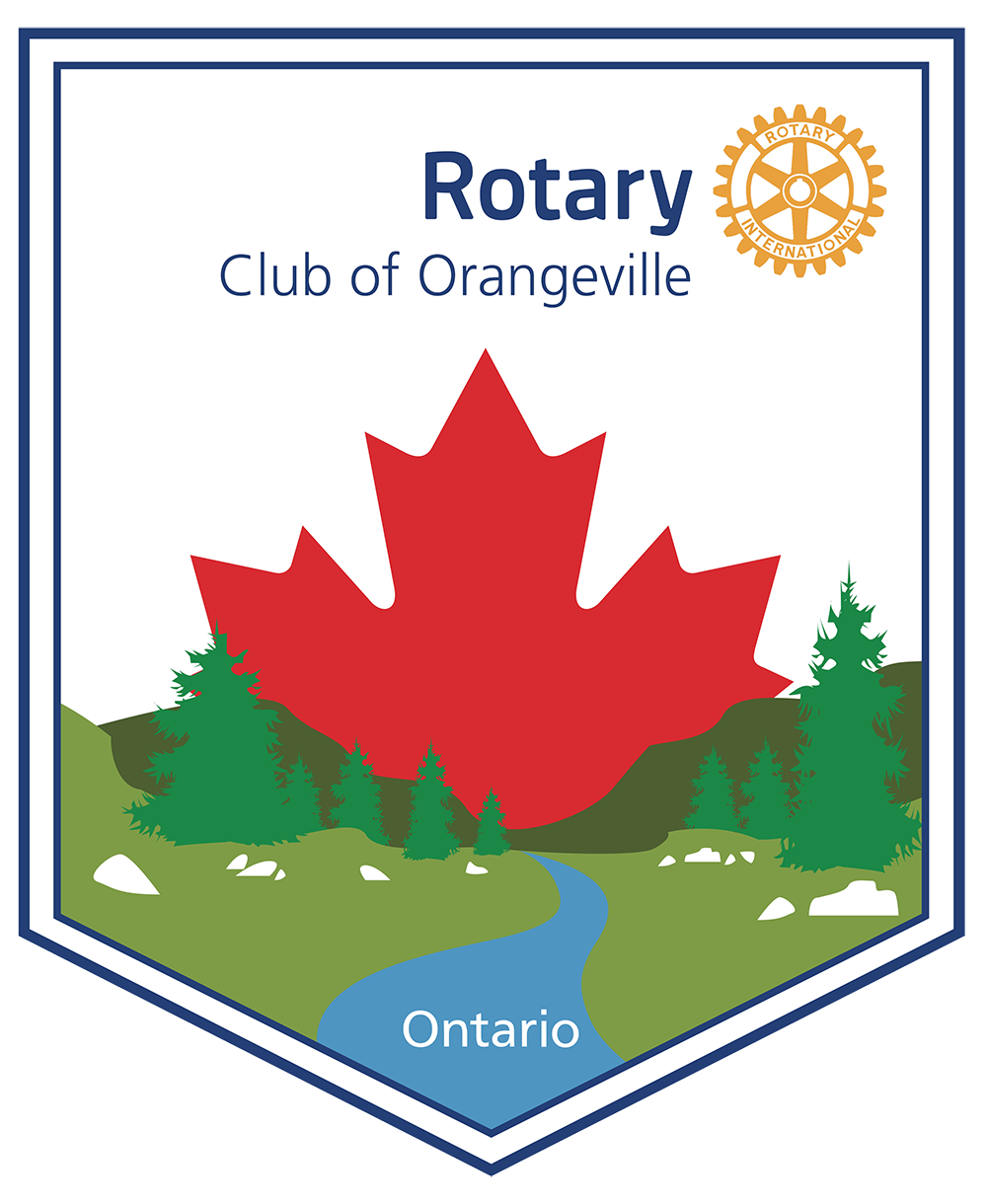 The year 1936 found Orangeville without any sort of service club.

Although there had been some discussion of creating an organization here, it took Douglas Howland, a devoted Rotarian from Calgary, Alberta, to finally put the wheels in motion after his arrival in December of that year.

In short order, two or three informal meetings were held. One at least, was in the Department of Agriculture office at which representatives of the Toronto club, namely Alex Ross and William Cairns were present, and another at which George McNab and others from the Guelph club lent their assistance.

Finally on December 15th 1936, an organizational meeting was held in the council chamber, at which it was moved by Will O.C. Ahern, a banker, seconded by Fred Kingshott, a creamery operator, and carried, that the organization of a club be completed. The constitution and by-laws recommended by Rotary International were gone over and adopted on motion of Sheriff Tom Slack, seconded by Dr. Charlie Scott. A motion to apply for a Charter was sponsored by Frank Anderson and Will Ahern and duly carried. A slate of officers which had been prepared by a committee was then presented. On motion of Dem Baltzer, a hardware merchant, seconded by Norm Trower, a service station operator, the nominations were closed and the report of the nominating committee adopted. The men who were thus entrusted to pilot the new venture through its early experience of finding it place and its purpose in its own community had been chosen. The Orangeville Rotary unit had now become a part of a widely spread international company of highly placed men. The slate of officers were as follows:

The time and place chosen for the weekly meetings were Monday 12:15 at the Grand Central Hotel.

The twenty men who were banded together in this new crusade for “Service Above Self” and to whom must be ascribed the honour of starting the club on its career of notable achievements, are listed alphabetically in the secretary’s earliest book as follows:

The first regular meeting was held on January 4th 1937, on which day a letter from the International Secretary Chesley R. Perry confirming the admission of the Rotary Club of Orangeville to membership in Rotary International as Club 4096 was dispatched form Chicago head office.

After many weeks of planning and preparation, came the Charter Night, April 19th 1937. Fourteen clubs from the surrounding area sent delegations ranging from one to thirty one, totaling nearly two hundred in attendance on that memorable night. The gathering convened in St. Mark’s Parish Hall where the ladies of he church guild had prepared a splendid banquet. The programme opened with toasts to the King and the President of the United States, and the singing of the national anthems of both countries. President Jack Aiken then extended a formal welcome to District Governor George Barber of Batavia, New York and all visiting Rotarians. It should be noted at that time our club was truly part of an international district with clubs on both sides of the border and with the governor, an American one year and a Canadian the next.

And so began the journey of the Rotary Club of Orangeville, still serving the community with passion and commitment; Service Over Self. 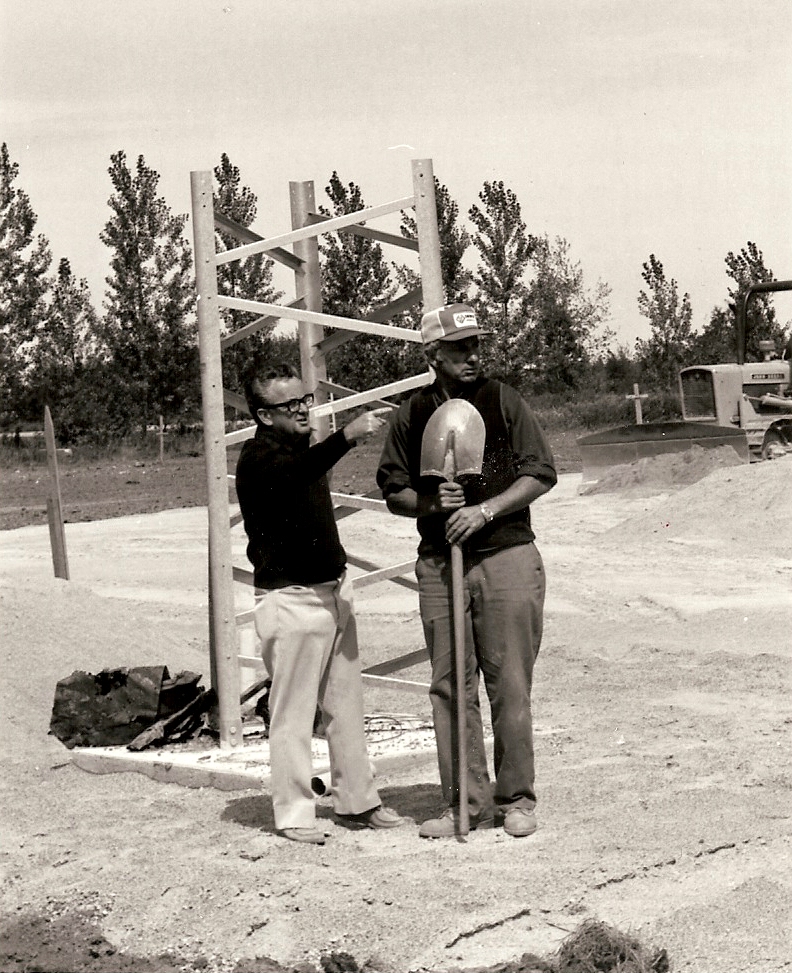 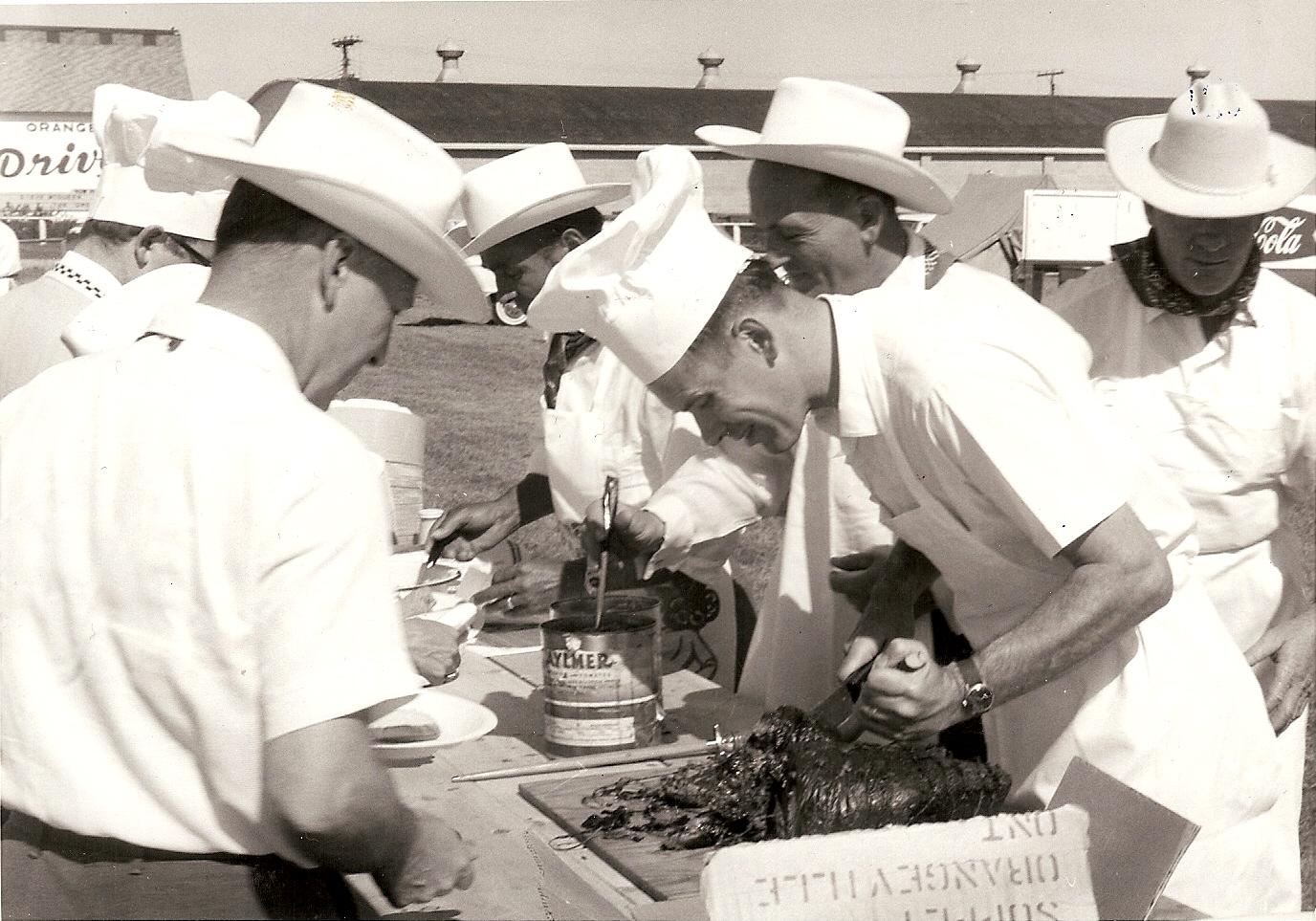 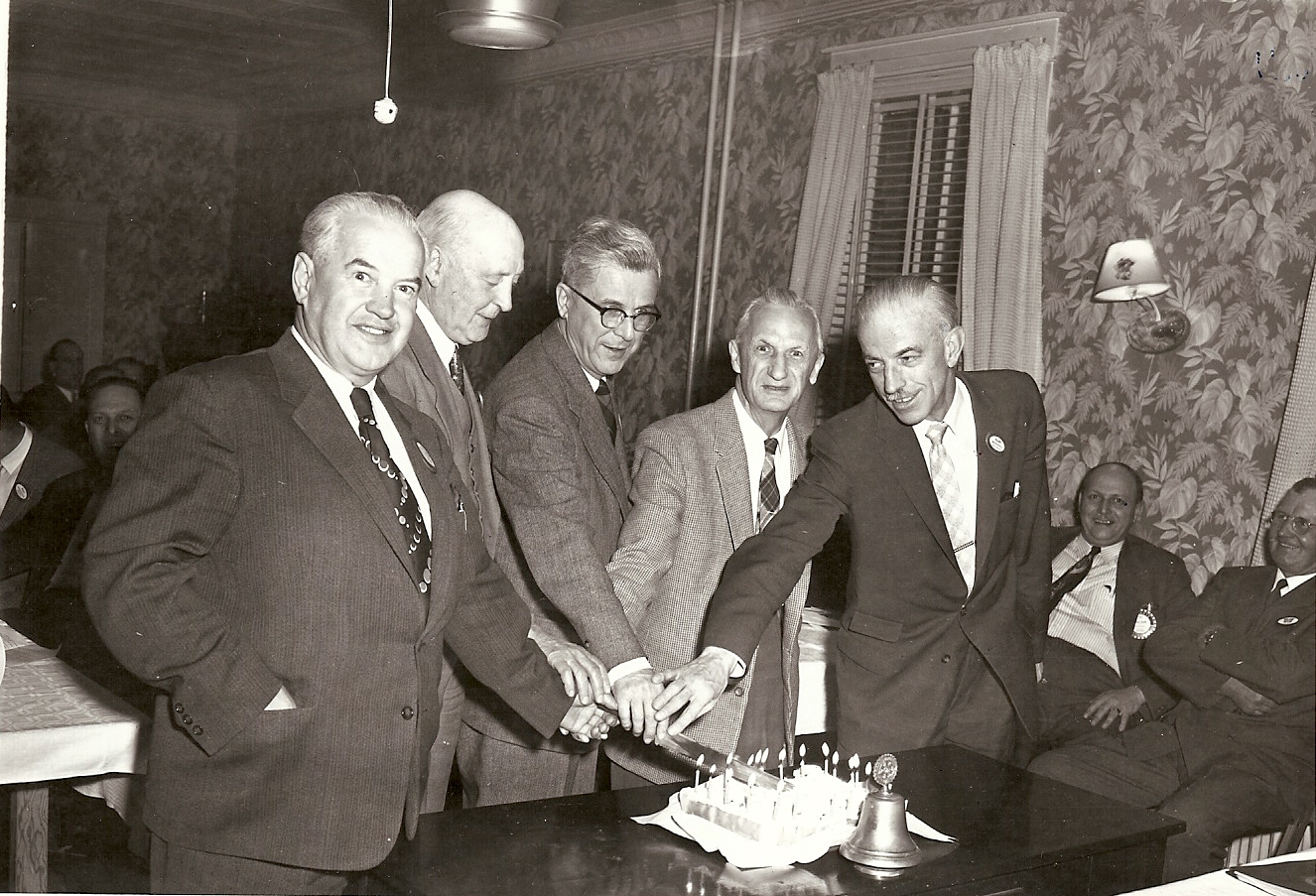 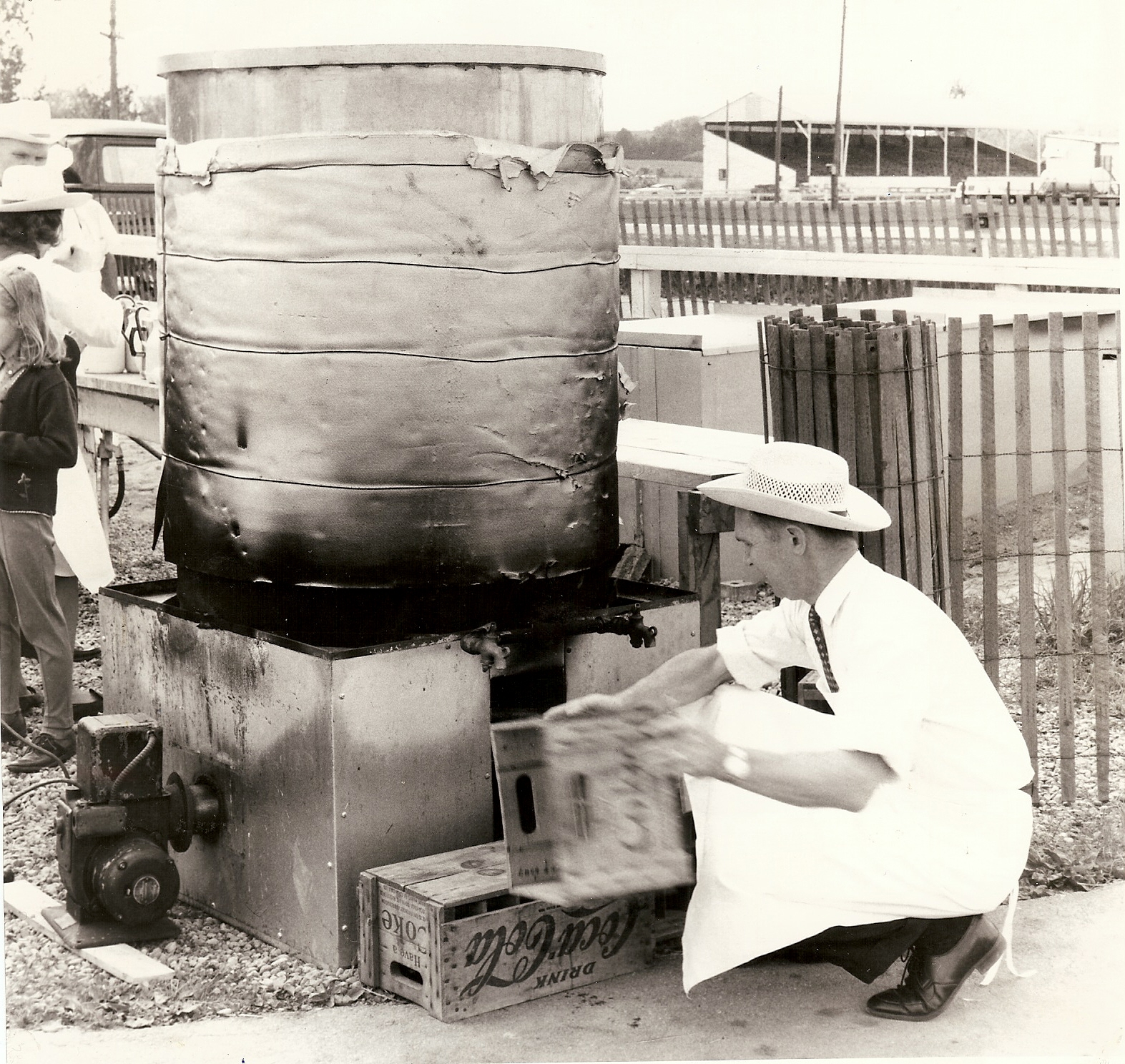 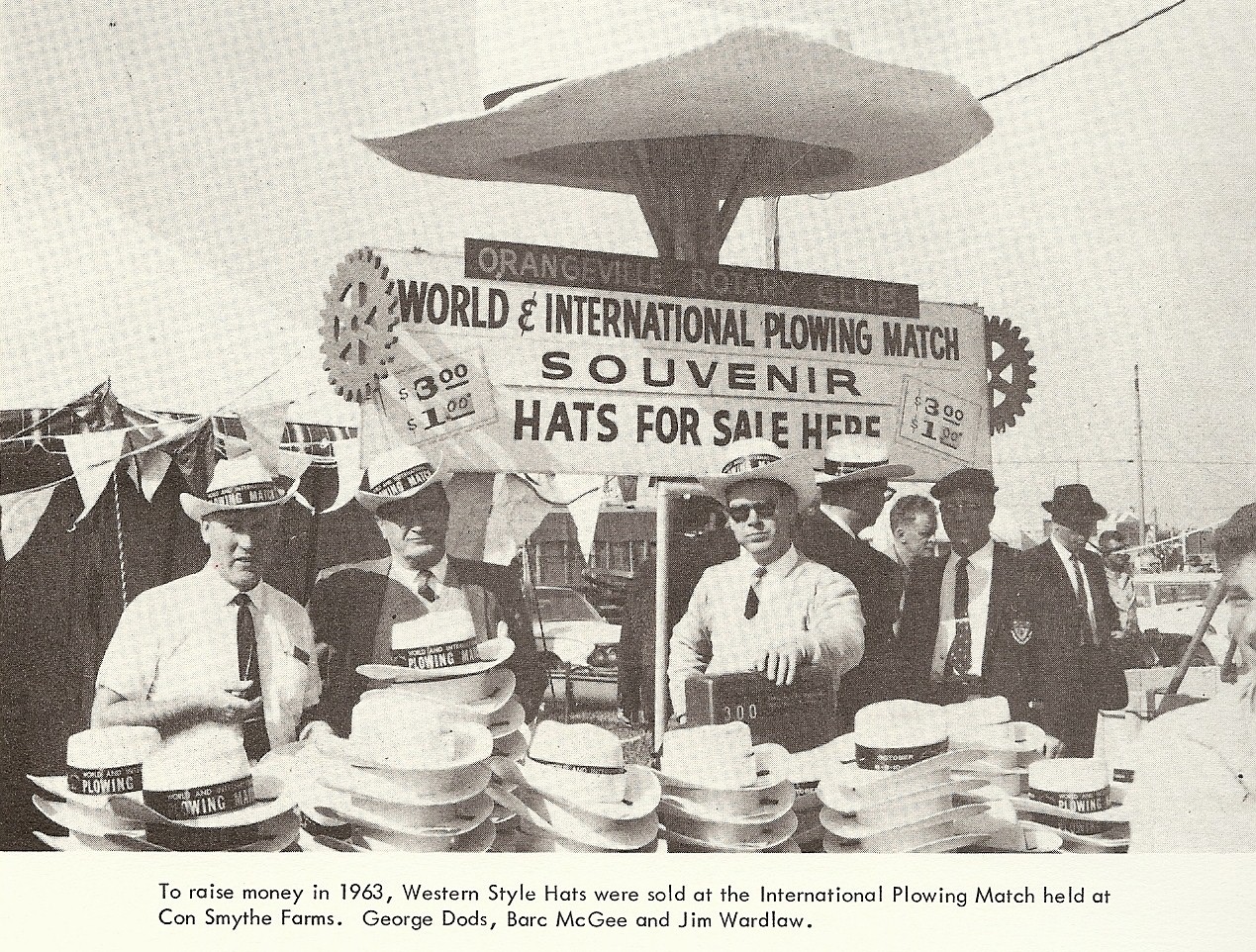 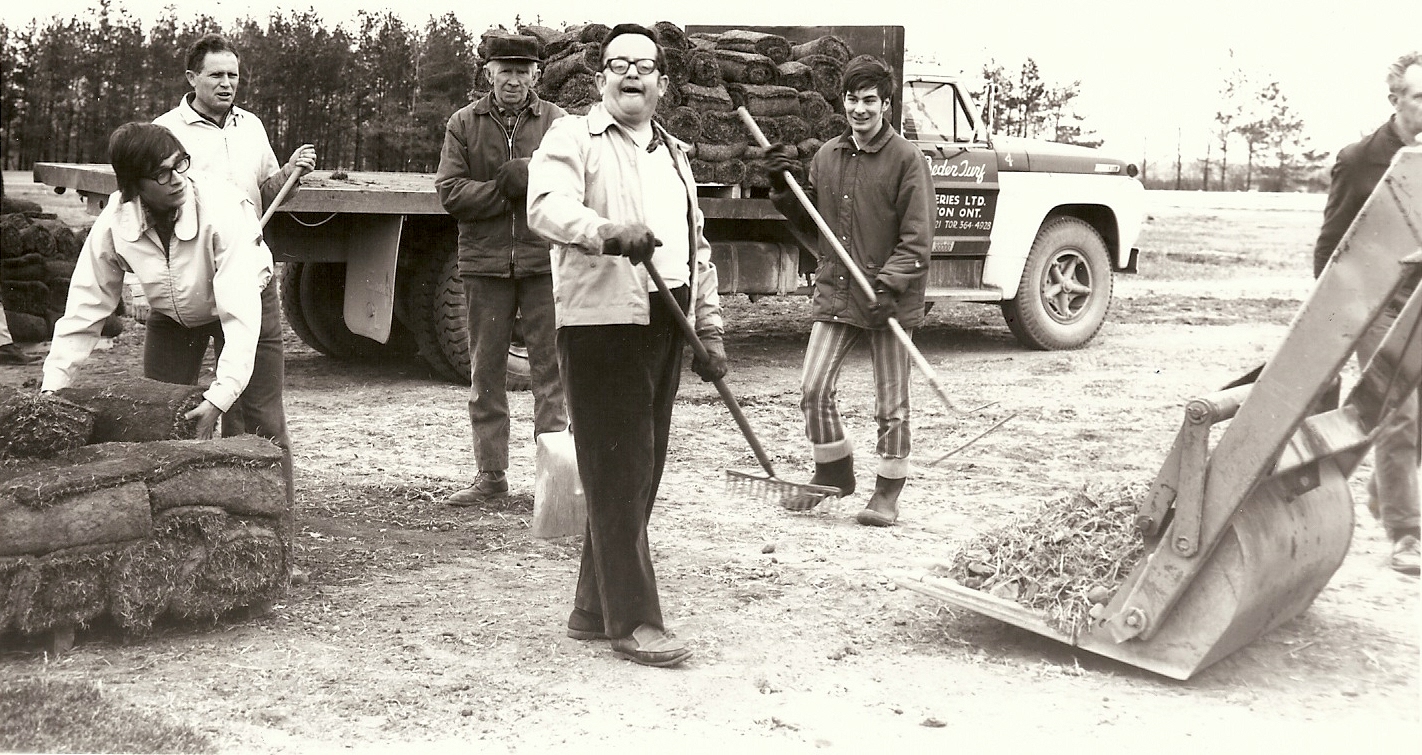 Are you ready to serve?  Thank you for your interest!

Membership in any Rotary Club is by invitation only, and individuals must be sponsored or proposed for membership into a club. Often, a person being considered for membership is invited by a club member, or “sponsor,” to attend one or more club meetings to learn more about our club. If you would like a member to reach out to you, please contact us and introduce yourself.

The Rotary Club of Orangeville